Hopefully you’ve had the chance to read the intro post to this topic and you’re ready to get started. As mentioned, we’ll cover two sides of ownership to squash or avoid sales stigma negativity in an organization: the business “your” ownership and the sales ownership. If it’s not immediately obvious why I’ve broken it down this way, I’ll explain. It takes an effort from both sides, sales stigma doesn’t just come to be, there is always an underlying reason for the negative perception; usually it is some bad experience another team or individual has been through and they’re carrying it around like baggage. Just like a bad relationship. You’ve got to let go of whatever it is your carrying around or it will just get worse.

I’m not trying to be mellow dramatic about this topic yall, but sales stigma and negative sales stereotypes are only hindering the success of the business and your own professional growth. Do you really need one more thing getting in the way of either of those things? I’d guess probably not. If you think this isn’t actually a thing or an issue, then unfortunately you are probably a part of the problem. Just saying. 😀  But…fear no more because today is your lucky day and we’re going to fix that by starting with YOU!

6 WAYS YOU CAN SQUASH THE STIGMA OR PREVENT IT 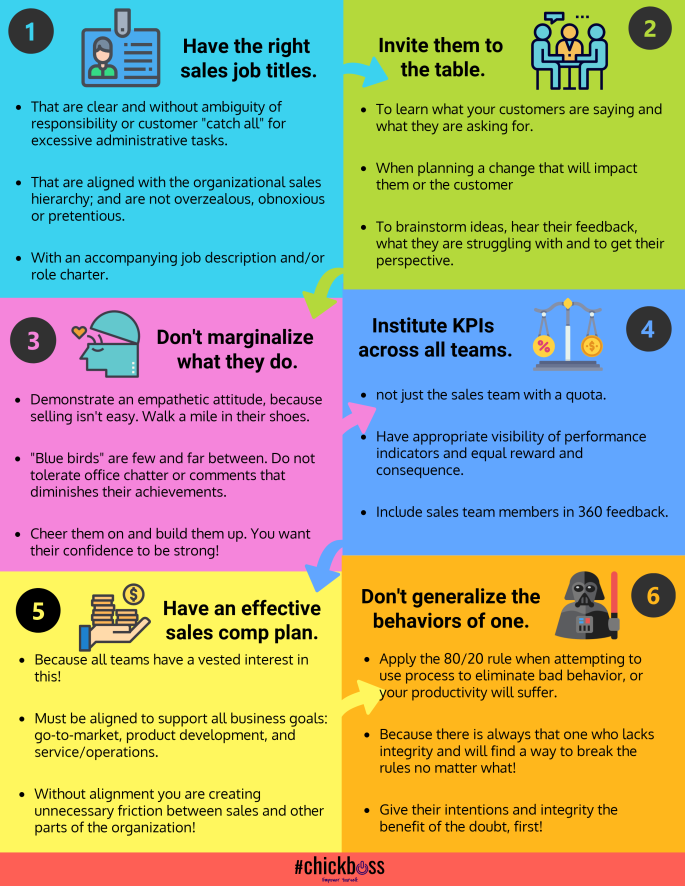 No matter what role you’re in, team you are on, or where you sit in the hiearchy – there is at least one or several of these accountability areas you can impact! So let go of that baggage, stop making excuses, and be a part of the change instead of the problem!

Stay tuned for the part the sales folks own…

Part 3.1: Series Continuation of Transformational Leadership in the Sales World

One thought on “Squashing Sales Stigma | DO YOUR PART”